Zen Buddhism has had a major influence on ink painting, especially in Japan. At the start of the 13 th century, priests Eisai and Dogen introduced Sumi-e and Zen into Japan (Muromachi period). While the initial influences came from the Northern school, Zen painters were heavily influenced by the Mokkotsu technique from the Southern school. The great Chinese painters’ technique had a major impact on Japanese painters. The Chinese way of painting (kara-e) was copied and thus Yamato-e (Japanese painting) came into existence. Typical subjects included portraits of priests. Zen painters created paintings which were intuitive rather than figurative, thus aiming to have a better understanding of the Zen spirit. And that is how the Yi style came about. Zen priests added new elements in order to create a Japanese style, which was characterised by elegance, simplicity, and expression. Inspired by nature, Japanese painting became more and more a form of intuitive expression through great painters like Sesshu and Kano Motonobu. While Zen was the religion of the common people in China, Zen was primarily embraced by the Samurai elite in Japan. Sumi-e has always had a slight connection with the search for enlightenment, which is a core aspect of Zen. Zen painters approach painting in a meditative spirit. They paint like beginners, honest, simple, and innocent. They do not attempt to paint beautifully, skilfully, or properly. By watching things as if for the first time, their paintings sparkle with life, and the inner spirit of the object is captured. By following the brush, they paint with a beginner’s mind. “Looking” means “seeing” something, and not: knowing what it is! Every seeing is new. It is essential to capture the spirit of the object. Sumi-e is a constant process of watching what we are doing. Watching will help us to think of ourselves, it will connect our inner painting with the outer painting, and it will enable us to create and “see” what we are painting. Sumi-e is meant to make paintings which convey the spontaneous, intuitive perception of the inner eye directly. In this way of painting, “way” and “painting” mean -in the broadest sense of the words-a road to seeing. Sumi-e offers a new way of paying attention to what we are seeing, and offers the possibility to capture this on paper. Sumi-e is more than art – it is a way of making heart and hand come together in one movement (direct expression). Sumi-e embodies Japanese aesthetics, a feeling of simplicity. A good Sumi-e painting is deliberate and precise, but at the same time deceptively simple or even unfinished. In Sumi-e, every line has to be deliberate and important. A line must have KI, life and energy. In order to capture these qualities in one single brush stroke, an artist must build up inner strength and power to such an extent that extreme tension is generated. Then, finally, that one perfect brush stroke can be created. Any hesitation will result in a lifeless painting. Sumi-e has a rhythm. Part of this rhythm is maintaining the correct tension to create a painting in one brush stroke, in one breath.

There are no second chances in Sumi-e. Corrections are out of the question as they will always be visible.

In order to paint a flying bird, an artist must have a full understanding of the sensation and the rhythm of flying. A painting which has been made quickly sparkles with life, for it is the embodiment, the expression of the creative impulse of the painter. 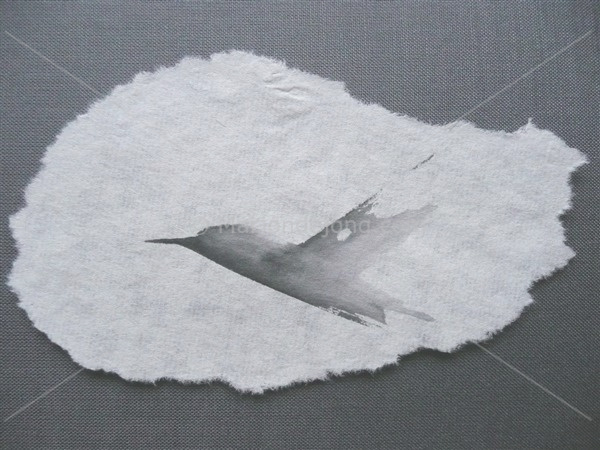 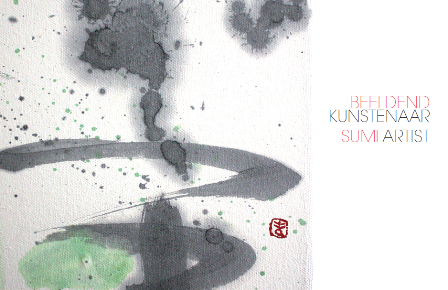